BTS could not stop laughing after watching the group's member JIMIN

The members of K-pop boy group BTS could not stop laughing after watching the group's member JIMIN giving a cringy speech with the kind of attitude at their first-ever concert.

Recently, ARMY (the name of BTS' fan club) in Korea started receiving 'BTS WORLD TOUR: LOVE YOURSELF in SEOUL DVD' to their home.

In one of the three discs in the DVD set, there was one special video of BTS.

The video was of BTS members watching their first-ever concert 'BTS 2014 LIVE TRILOGY : EPISODE Ⅱ. THE RED BULLET' together.From the start until the end of 'THE RED BULLET', all of them continuously laughed and made comments like, "Why did I say that?", "What's with his hair?", and so on. 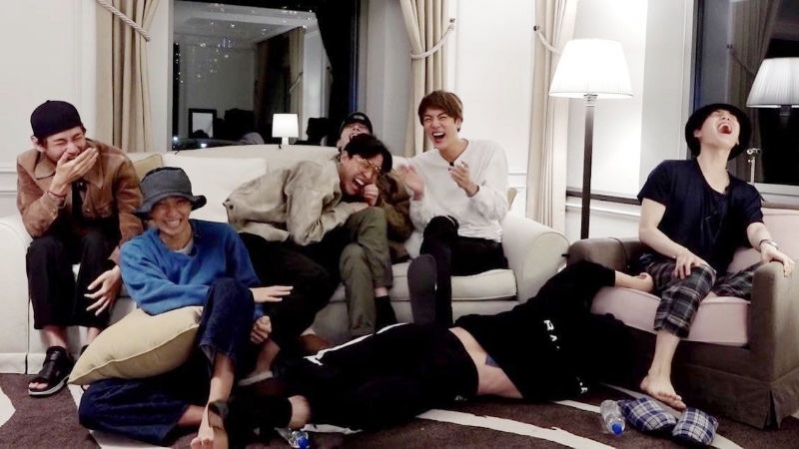 Out of all parts though, they loved the part where JIMIN gave his speech in the beginning of the concert.

This was the moment when each BTS member spoke to their fans for the first time at a concert.

As a result, JIMIN was full of spirit and desire to look cool in front of thousands of fans.

When it was JIMIN's turn to speak, he paused for a few seconds then shouted, "A-yo! Who am I?"As soon as the members of BTS heard JIMIN's words and saw his facial expression, they started laughing like an insane group of people. 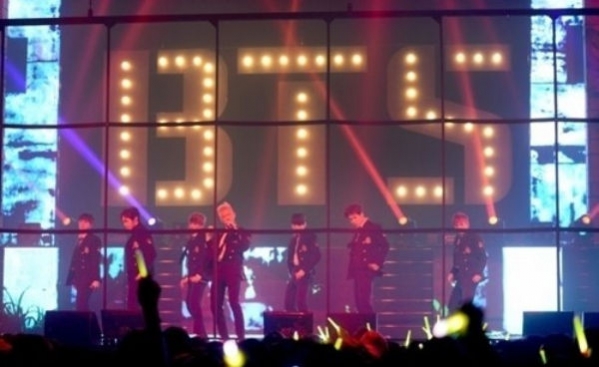 They laughed so much that some of them even cried, and repeatedly said, "I just can't. This is too funny."

At the same time, they made fun of JIMIN while JIMIN hid himself by sticking his face and body on to the floor in embarrassment.

After getting up, JIMIN commented, "Why do I look angry? I honestly don't know why I made that face."

Meanwhile, BTS' new album 'MAP OF THE SOUL : PERSONA' is scheduled to be released on April 12. 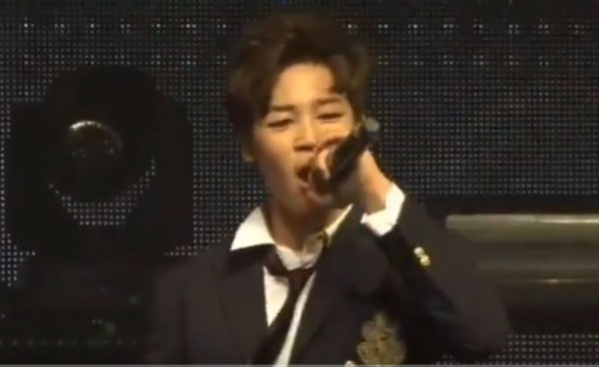