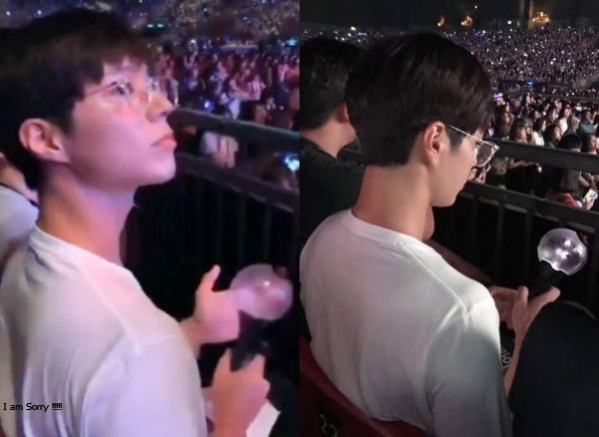 According to fans who saw Park Bo Gum at the venue, he blended so well with ARMY (the name of BTS' fan club) that a lot of them did not notice him for quite some time.

They said that he had brought ARMY BOMB (BTS' official light stick) with him and shook about it in the air just like all the other fans around him. 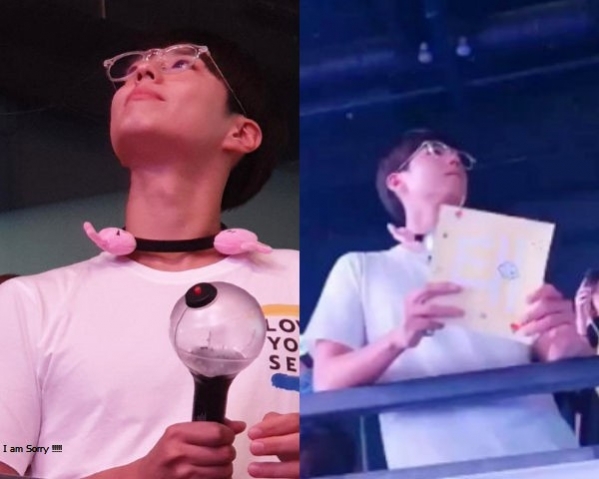 He also held a banner written 'Tae' in the middle of the concert to show support for his close friend V (Kim Tae-hyung).As Park Bo Gum was in Hong Kong for his fan meeting 'Good Day' on March 16, it is assumed that he decided to stay a couple more days in Hong Kong to attend BTS' concert before heading back home.Ever since Park Bo Gum and V first met at KBS' music show 'Music Bank' when Park Bo Gum was hosting the show, they have been building lots of great memories together. 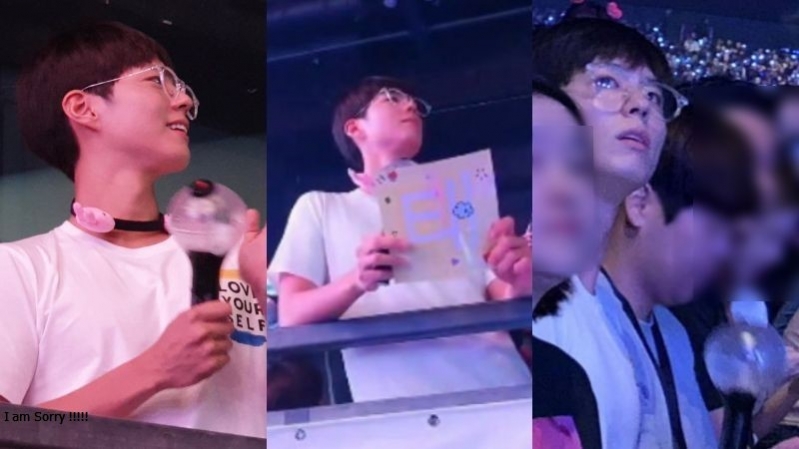 Not only they always show support for one another, but also frequently go on a trip and spend time with each other despite their hectic life.