Shinhwa to bring laughs with their guest appearance on ‘Radio Star’ 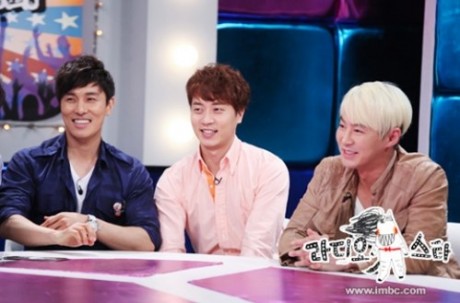 Korea’s longest running groupShinhwawill be opening up about various topics as well as bringing laughs as the original ‘variety-idols’ on 8th’s airing of ‘Radio Star‘.

During the filmingAndywas asked, “What would you do if Teen Top transferred to a different agency?” Andy replied, “We actually spoke of this before during one of our company dinners,” and went on to reveal his honest feelings as one of the producers of the group.

Other stories that are bound to bring laughs includeEric‘s experience of almost having to play the piano naked,Hyesunggetting upset over an online portal site, Andy being invited to writerBernard Werber‘s home, andDongwanbeing invited toOh Yeon Soo‘s family dinner.

This episode will be broadcast later today (8th KST), so make sure to tune in!