Sung Joonshowed off his good looks and modeling expertise in a photo shoot with 'High Cut'. He also talked about his recently completed drama 'I Need Romance 3' and his co-star actressKim So Yeon.

In relation to working with her, he said, "After being so busy, it feels lonely and empty after [your schedule is complete]. I can only feel disappointed when looking back while feeling this way. Kim So Yeon was the type who always went to the set thirty minutes early to wait on standby. While we filmed together, I felt very sorry and also very thankful towards her."

He was then asked how his real dating style compared to the sweet and innocent one he showed in the drama. Sung Joon shared, "Although it was an indirect experience because it was acting, I think I can understand the feelings of the main lead Joo Wan. Thanks to him, when I next date a woman, I think I could experience a more mature love."

Sung Joon also revealed that he preferred acting to modeling, saying, "I don't want to stand on a runway again. Now there are too many people who look cooler than I do. If I shove past those people and go out even once, I think it would be a bit funny."

He said, "I don't have the confidence to be both an actor and a star. Rather than being a top star that shines like the sun, I want to exist like the North Star, which is a dimmer light that shines at nighttime." 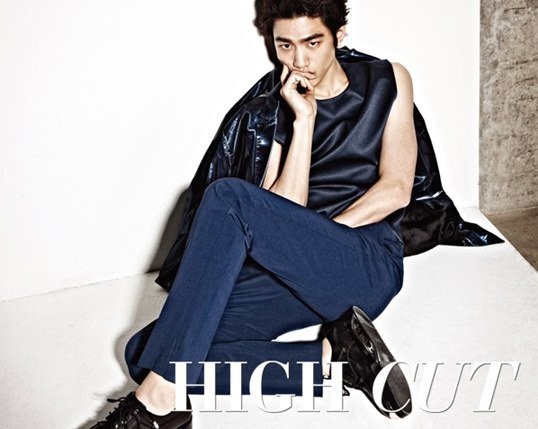