miss A Suzy’s younger brother jokes about her bullying him? 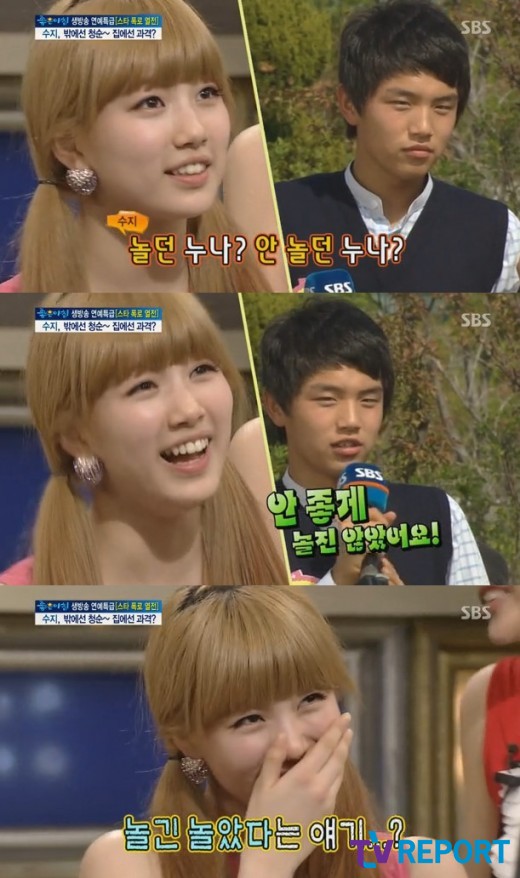 Suzy‘s little brother revealed details about her actual personality and her bullying rumors.

SBS‘ ‘Good Morning‘ interviewed themiss Amember’s little brother, who said, “As my older sister gets popular, I hear rumors saying, ‘She’s a bully,’ or ‘[She was a bad kid].’ It hurts me. To be honest, she did play around, but she [was never a bad kid].”

He then joked, “When we were young, there were these crackers that she liked. She sprayed soda on my face because I ate the snacks even though she told me not to. Also, once I was sneaking a bite of a side dish, and she hit me on the top of the head with her spoon.“